0
was successfully added to your cart.

While the Kentucky Derby Festival Basketball Classic might not get the national attention as the McDonald’s All-American Game or the Jordan Brand Classic, it definitely has not taken a back seat when it comes to assembling some of the nations best talent and excitement. 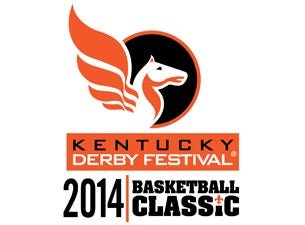 The first Classic was in 1973, making it the oldest high school all-star game in the nation. There have been some remarkable players in the past including Darrell Griffith, Pervis Ellison, Jamal Mashburn, Rex Chapman, Isiah Thomas, Dominique Wilkins, Tyler Ennis, Terry Rozier, Marcus Smart and Deron Williams just to name a few.

Photo – 247 sports UofL commit, Jaylen Johnson is a 6-foot-9, 206 pound power forward with a soft touch around the basket. He is a capable shooter from mid-range and can drop the 3-pt shot too.

Basketball fans in the state of Kentucky eat, sleep and breathe basketball all year round even when the “most exciting two minutes in sports”, the Kentucky Derby, is right around the corner. We are now just 16 days away from that magical first Saturday in May but right now Card Nation, Big Blue Nation and Hoosier Nation are getting prepared for another fantastic Derby Basketball Classic. The festivities this year will kick off Thursday at 7:00 PM for The Night of the Future Stars at Floyd Central High School and will include a 3-point and dunk contest. The Basketball Classic is Friday at 8:00 PM in Freedom Hall. Louisville fans are probably the most eager as the Cardinals have three future players participating in Friday’s game. Jaylen Johnson, Chinanu Onuaku and Quentin Snyder will suit up for the white team, coached by Jesus Patino (White Station HS – Memphis, TN) and Louis Wilson (Riverdale Baptist HS – Upper Marlboro, MD).

While there are no future Wildcats on either squad, BBN is always rabid about basketball and can get an up close and personal look at two future conference foes in Florida commits, Brandone Francis and Devin Robinson. Indiana had some major struggles this past season but there is reason for optimism in Bloomington and two big factors for that will be lacing it up Friday for the green team. Max Hoetzel and  Robert Johnson should each be very good for the Hoosiers soon and they look to showcase their talent among a team full of star power. Chris Sparks (Wilbraham & Monson Academy – Wilbraham, MA) and Jason Smith (Brewster Academy – Wolfeboro, NH) will handle the coaching duties for the green team. This years roster of super-talents includes future UCLA Bruins, Ohio State Buckeyes, Illinois Fightin Illini, Xavier Muskateers, and Maryland Terrapins among others as well as the Cards and Hoosiers listed above.

Photo – sportsmockery.com Ballard Bruin Qunetin Snider is rated No.1 in the state of Kentucky and 51st overall by 247 sports.

You can find out more about the Derby Classic and order tickets here.